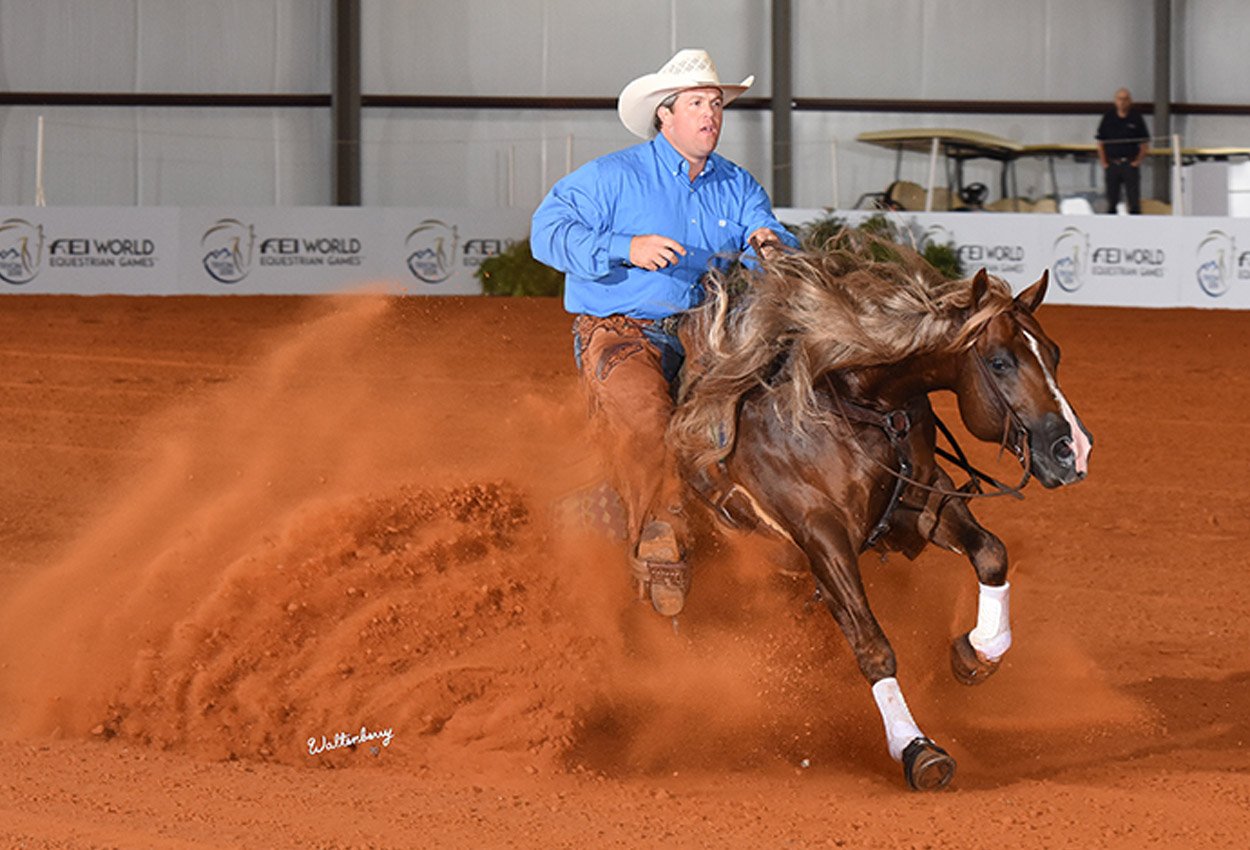 In Like Flinn is owned by In Like Flinn Holdings LLC, and was bred by Buck Hazledine, of Wanette, Oklahoma. He was ridden to his World Championship by Casey Deary, of Weatherford, Texas. In Like Flinn has earnings of $188,336, according to Equi-Stat. In 2013, he was fourth in the National Reining Horse Association (NRHA) Futurity Level 4 Open and won the Heritage Reining Futurity Level 4 Open. He is by Topsail Whiz and out of Nestle Quik Chic, by Chocolate Chic Olena.

As powerful as the top side of In Like Flinn’s pedigree is, the bottom is just as powerful. His dam is Nestle Quik Chic ($21,425), a winner of the Canadian Reining Breeders Classic. Her foals have earned $185,274. Her other performers include Hot Chic Whiz ($28,878), the 2012 Tulsa Reining Classic Levels 3 and 2 Open Champion, and Nestle Swhiz Chocolat ($25,965), the 2012 The Traditions Futurity Level 3 Non-Pro Champion. Both are sired by Topsail Whiz.

Miss Hello Hollywood earned three AQHA performance points. She is the producer of a number of money-earners who have accumulated Equi-Stat records of $132,241, including NRHA Two Million Dollar Sire Jacs Electric Spark ($86,907). His get include Electric Code ($214,322) and REF Black Mamba ($121,753). Miss Hello Hollywood is also the dam of Hello Starshine ($19,918), the 2003 Canadian Reining Breeders Classic Open Reserve Champion.

In Like Flinn comes from a long line of champions, as demonstrated by his sire line. A look at the rest of his pedigree shows that champions extend throughout on both sides, making him a well-bred World Champion. Most importantly, he is successfully carrying on the legacy of another World Champion, Joe Cody.